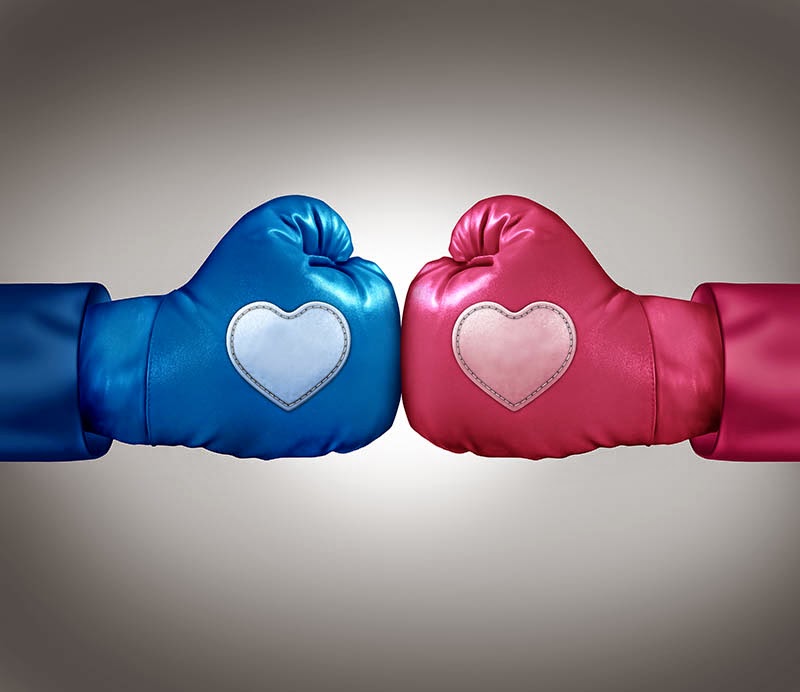 Couple’s aren’t supposed to fight, right? Fighting is a sign that something bad is happening in your marriage, right? Couples who fight are headed for divorce, right? I’ve heard all these questions before. And the short answer to all of them is ‘no’. Here’s why:

First of all, as humans we have the most advanced brain on the planet. Along with that comes all sorts of advanced emotions. We can’t be expected to only show happiness all the time. There are times when we want to be mad. And there are times we should be mad. Like if he arrives late for an important event. Or when she goes out with her friends again even though you can’t afford it. Only showing certain emotions restricts ourselves and forces to be someone that we’re not.

Secondly,  research shows that it’s not necessarily how much or how severely a couple fights that breaks relationships. What’s more important is how the couple makes up. I don’t mean sex or flowers or anything like that. What I mean is how the couple makes up after the fight and more importantly if  they makeup when they fight.
After a fight, a lot of couples will just move on and try not to talk about it again. Neither one offers an apology, and neither one tries to make restitution. They just simply move on. This doesn’t heal the argument and all it really does is just postpone the current fight for some future time. Then when the fight happens in the future it occurs with all the intensity as the first time plus some added resentment from being unhealed for so long.

Lastly, arguing is a form of communicating and couples need to communicate. When couples argue they see ‘the real deal’…nothing held back. This is a form of pure communication. While it may not be the most helpful way to communicate, it does help each spouse to see exactly what the other is really feeling. This is really good for the relationship because it gives each spouse an opportunity to reach out to the other one in difficult times and try to make amends or restitution. And when this happens it creates REALLY good relationships.

So even though fighting is unpleasant and nobody likes to do it, it gives couples opportunities to air things out and talk about things that are really bothering them. This is healthy in a relationship. And once a couple airs things out and takes steps to fix whatever was bothering them, then they can be on a path to a deeper and more intimate relationship. And it was all because of a fight.

4 Responses to Why Fighting is Good in Your Marriage