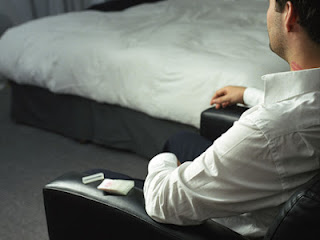 After I work with couples who are recovering from an affair for a while and their marriage begins healing, the injured partner always (and I mean always) wants to know one thing from the other partner: They want to know why they did it. Why did they cheat?

In fact, for a lot of spouses this is often the first question they want to know from the spouse after they find out their spouse is having an affair. This was exactly what Suzanne (name has been changed) wanted to know after we were just about done with our first session. She came in alone to talk about the affair she just discovered her husband was having. She kept asking me “Why? Why would He do this?”. Unfortunately, I didn’t have an answer. I didn’t know Clint. I’ve helped my fair share of couples through an affair but the reason a spouse has an affair is personal. So I didn’t dare say. We agreed to talk about it with Clint at the next session.

Most Spouses Don’t Know Why They Cheated…at First

Clint came in to next session noticeably embarrassed to be there. He was apologetic for having the affair and said that he still deeply loves Suzanne and wants to work it out. This actually made Suzanne more upset. “If you love me like you say you do, why would you cheat?” Through her tears she kept asking “Why did you do it? Why did you cheat?” All he could say is “I don’t know”. In fact, most spouses they don’t know why they had an affair – at first.

After Some Work, Spouses Discover Why They Cheated; but it’s Always Unique

After some work alone, the cheating spouse is usually able to identify reasons they had an affair. This usually takes some therapy and a lot of exploration and thought. And sometimes, they never do come up with a specific answer.

The answers the cheating partner does come up with is always unique. They range from dissatisfaction in their marriage to just wanting something different in their life. Some just like the thrill of the chase (i.e. the thrill of pursuing someone romantically) or the thrill of being chased. I’ve also heard reasons such as just needing a change in their life or wanting some more variety in their mundane life. Sometimes they do it out of spite or hate towards their current spouse. I’ve heard many more but these just listed cover the majority of them.

There’s Always a Vulnerability that Creates an Affair

This doesn’t mean that it’s the faithful spouse’s fault the affair happened. All relationships have ups and downs but not every relationship has an affair. The cheating spouse had literally hundreds of options available to them of how to cope with the vulnerability in the relationship. They could have chosen to join a book club, work more hours, or (my personal favorite) go see a therapist to fix the relationship. But instead they chose to have an affair. Why they chose to have an affair instead of, say, going to see a therapist, is the unique thing the cheating spouse has to find out in order to ensure an affair doesn’t happen again.

← Is My Husband Having an Affair?
Do We Need Marriage Counseling? →