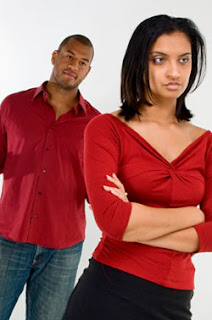 Let’s face it. Life isn’t always lemon drops and gum drops. There are times when things just make you mad. Whether it’s because of something your spouse did, something your kids did or something you did, there are things that just make you angry. The same is true for your spouse. There are times when your spouse just gets angry, too. Because you’re married to them you wish they’d get over it so you can both move on to happier things.
Many people wish they knew what to do when their spouse gets angry. They want to help their spouse get over their anger and they want to help themselves deal with their spouse’s anger in a healthy way, too. Below are a few tips from a marriage and relationship expert of things you can do to help you deal with your angry spouse.
1) Accept your spouse’s anger. There’s nothing wrong with anger. Anger is even healthy at times. To see your spouse’s anger and try to “fix it” or get mad at them does no good for you or your spouse. When your spouse gets angry, accept that they’re angry and accept what they’re angry about. A lot of times their anger will blow over without any big problems.
2) Don’t try to cheer them up. Yep, you heard that right. Like I said before, it’s okay for them to be mad sometimes. You can’t expect everyone to be happy all the time. Most of the time your spouse will get over what they’re angry about on their own. They’ll soon apologize and life will move on. Trying to cheer them up relieves them from taking responsibility for their anger and puts too much responsibility on you to take care of their anger for them.
3) Don’t be provoked by them. Everyone’s heard that misery loves company. When people get angry they often try to aim it at others to try to get them involved. They do this by making critical comments, saying sarcastic things or sabotaging events. When this happens, don’t let it get under your skin. They’re the one who is responsible for handling their anger in appropriate ways. Reacting to them only distracts them from taking responsibility for their anger. By getting provoked you may also get mad and say or do hurtful things which further distracts your spouse from taking responsibility for their anger.
4) Request an apology. Even though anger is OK, the damage that people do when they get angry is not. In healthy relationships couples try to repair the damage that is done – even if it’s small. A spouse who got angry often has difficulty apologizing because of shame and the embarrassment they feel or because they don’t want to accept responsibility for their anger. You can help them by requesting an apology. A simple statement like “You were really angry and said/did some hurtful things. That really hurt me and I’d feel better if you apologized for what happened.” will help them to see the importance of repairing the relationship and help them take responsibility for their anger.
These four tips are great to try when your spouse gets angry. It will help him and you deal with the situation and come out on top in the end. It will also help you both to repair the damage done in an angry moment so you can both move on to happier times

*This is from my original article on FamilyShare.com See it here: Ways to Deal with an Angry Spouse

2 Responses to Ways to Deal with an Angry Spouse.