Having problems in your relationship? Have you tried books, websites and even talked with close friends? I know this sounds like the beginning of an infomercial but it’s not. Many couples go through rough patches. A lot of times, these rough patches heal themselves and you and your spouse make it through with no permanent damage. Sometimes, though, these rough patches are signs of bigger problems in your marriage. And if you don’t catch the signs early enough, then your relationship goes into another phase called “having problems”. This means you may not make it through without causing permanent damage.

Four Tips For Fixing Your Relationship

1) Start Talking. Whenever couples fight they also usually stop talking to each other. Sometimes this is short (an hour or two) and sometimes this is much, much longer (a week or more). This is usually because one of you feels slighted or feels that the other should apologize. But this is really bad. Couples need to communicate to fix their problems. Taking a breather until you’re both in a calmer place is fine but if you find that you’re just ignoring your problems by not talking about them buck up and start talking. Y

2) Watch What You Say. You’ve probably noticed that when you start arguing you end up arguing about something that was nowhere close to what you started talking about.This usually happens with couples because they bring up past difficulties or because they say something that is so off the mark that now that becomes a new argument. So don’t just spouse off whatever comes to your mind. Be mindful and deliberate about what you say to make sure that the conversation goes the way you want it to go.

3) Swallow Your Pride.  When problems come up in relationships you usually feel pretty hurt by something 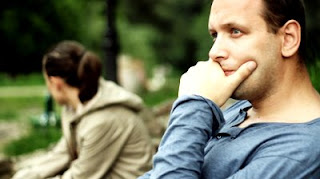 your spouse said or did. This makes you angry, resentful and sometimes even vengeful. You want them to apologize and/or pay for what they said/did. But this is one of the most damaging things you can do to your relationship. Relationships require healthy doses of forgiveness, patience and understanding. Sure, your spouse may be the one that needs to apologize and they may have said some things that were off target but forget about it. If you want to fix your relationship, swallow your pride.

4) Forgive. Nobody’s perfect. Even though your spouse gave you butterflies by how great they treated you when you were dating, it doesn’t mean they’ll be perfect the rest of their lives. Nobody is. Forgiveness is necessary in your relationship in order to move forward creating happy memories together. Sure, there are bad things that happened in your relationship. That doesn’t mean that your spouse shouldn’t be accountable for that. They should be. But you need to forgive them, too in order to move past the bitter feelings you have.

Every relationship has difficulties. These four tips will help you make sure that your difficulties don’t get too out of control. They will help you to overcome rough patches successfully and get out of them quicker before they become what many people call “serious problems”.

← Am I (Still) In Love?
The Rx Around The World: 3 Essential Tips For Disciplining Your Children →