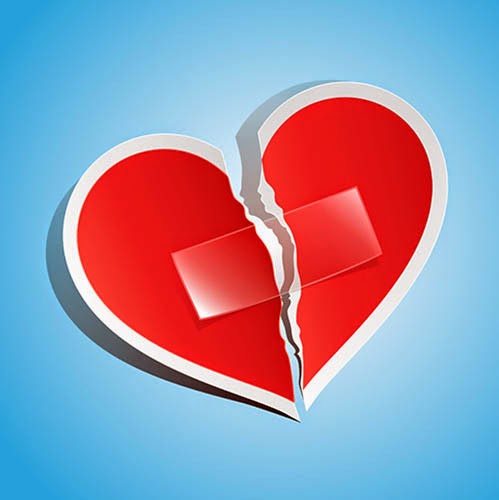 All couples fight. Even those in the so-called good relationships. And most of the time, your fights don’t really harm the relationship. One of you ends up saying sorry, you make up and your life goes on. When this happens, a lot of couples just ignore the things they were fighting about. There’s not really a good resolution to it so you just move on.

Red Flags in Your Marriage You Shouldn’t Ignore

Solution: Talk with your partner about your sexual relationship. Tell them you’ve noticed it hasn’t happened in a while and that you’d like it to change. Try to get their input about why the think it fizzled and talk together about how to re-ignite your relationship.

2)  The Same Arguments Over and Over Again. When couples argue, they’re usually able to drop it after a while. They eventually kiss and make up and don’t bring it up again. But if you and your partner end up fighting about the same things over and over again without any resolution, that’s a big red flag that you can’t ignore. Arguments need resolutions in order for you and your partner to feel healed afterwards. And if this isn’t happening there isn’t any healing. And it’s just causing more problems.

Solution: If the same old argument is causing you too much heartache, just learn to let it go. Is it really worth damaging your relationship over and over again? Most people would say no. But if it really is a big deal to you, and you can’t just let it go without feeling violated or bulldozed it’s time to see a counselor to see if they can help you finally come up with a resolution.

3) Very Little Talking. Communication is key in any relationship. And I don’t just mean about the day-to-day stuff. Couples should be talking about how their day went, what goals they’re trying to accomplish, what they think about events that are happening around them, etc. If you and your spouse aren’t talking much that’s a big red flag that you’re not connecting and that there’s something wrong in your relationship.

Solution: Ask your spouse about more than just how their day went. Ask them about if they heard the news today and what they thought. Tell them what you thought about the news, etc. Try to tune into them and know what happened at work, then followup tomorrow to see if it got any better. As you start paying more attention to your partner, they’ll start paying more attention to you and talking will become a lot easier.

Some Red Flags are Hard to See

← Sex: 10 Fun Health Facts
Why Fighting is Good in Your Marriage →