I read your article about how religion can and can’t help marriages and it brought up a question I have for you.

My Spouse Changed Religions, What Do I Do? 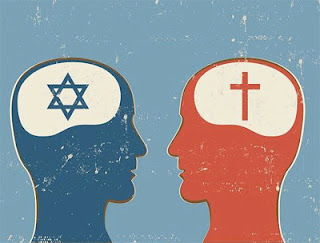 My religion is very important to me. I grew up in a religious family and have lots of fond memories of instances specifically surrounding religious rites and occasions. These were such fond memories that as I grew older I wanted to marry someone of the same faith. I wanted to make sure we shared the same beliefs and we would raise our children with the same values and experience I had.growing up and also share a lot of the same family experiences I had.

When I went to college I went to a church school to make sure that I would meet men with my same beliefs and values. I married a man who was strong in his beliefs and was a perfect complement to my level of faith.That was ten years ago.  About a year ago, he stopped going to church with me. And now he’s looking into other religions.

What Do I Tell Our Kids?

I don’t know what to do, our kids keep asking me why Daddy’s not going to church with us and if Daddy doesn’t have to go then why do they? We have fights all the time about going to church because he doesn’t want our kids to go. Our youngest is getting old enough to participate in an important rite at our church but my husband doesn’t want her to do it. Anytime we talk about religion it turns into a fight – and that happens a lot. I’ve heard that money, sex, marriage and religion are some of the biggest reasons couples divorce. And honestly, I’ve thought about it. Is my marriage doomed?

Any information you have about what we can do would be helpful. 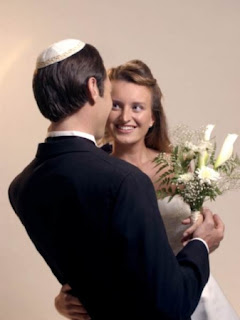 I’m sorry to hear about your predicament. It’s a sad thing when you marry someone and they end up being someone you didn’t think they would be. But this is actually a lot more common that you’d think and most couples end up fine. I taught a class at a university about marriage and family relations. One girl raised her hand and jokingly commented that if her husband ever changed from when she married him she’d divorce him in an instant. Her reason was that if she married a guy for who he was and he changed after that, he broke his end of the deal. My response to her was “really, you never want your husband to change? You want your 50 year old husband to still act like he’s 20?”.

A Crisis of Faith is Common in Life

The point is, people change over time. They’re supposed to. It’s a part of life. Unfortunately, sometimes they change in ways we don’t always like. And it’s no shame on them for doing so. As they grow, they have new experiences they’ve never had before. They (and you) can’t predict all the ways this may effect them. One of the ways that people change is in their faith. A crisis of faith is a common thing for people to have at least once in their lifetime. It sounds like your husband is going through one right now.

Even though your spouse is having a crisis of faith, that doesn’t mean your marriage is hopeless. There are still other things you fell in love with about your husband when you married him. You can lean on those parts. For example, you might have hobbies you enjoy together or share favorite past times or sports together.  There are lots of things you can do together other than religious things to create love, excitement and happiness. Focus on those things together. 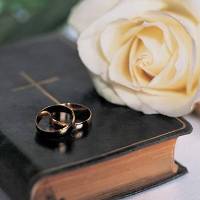 Sharing the Same Faith Does Not Make Successful Marriages

Let me add here that of all the information and research available about religion in marriage, no research focuses specifically on certain religious denominations (e.g. catholic, lutheran, mormon, etc.) at all. They don’t focus on it because it’s considered irrelevant what particular denomination you are a part of as it relates to marital satisfaction, divorce, etc. Research does, however,  focus on broad religious categories such as christianity, hinduism, judaism, etc.and there are even studies that examine marital success among interfaith marriages (marriages where one partner is one faith and the other partner is another). The research out there on interfaith marriages consistently finds that it is not necessarily a couples’ particular faith (e.g. christianity, judaism, etc.) that makes their marriage successful or not, but it’s the couples’ agreement on religious values and beliefs that create successful marriages. In other words, it doesn’t matter if you’re the same faith as your partner or not, what’s more important is whether you agree on fundamental values and beliefs.

How this research might apply to you is that instead of fighting back and forth about what your particular faith believes in, talk generally about your values and beliefs and how you want to express it. That way it’s not a fight about whose church is right, but it’s a conversation about what you believe in. You’ll probably find that you both have the same values of honesty, virtue, kindness, etc. that you can agree on. Focus on those instead of specific rites and rituals.

I hope this is helpful for you. Please feel free to drop me a line anytime. And thank you for agreeing to let me share your letter on my blog.

← Intimacy & Sex: How They’re Different and Why You Should Know.
Tips for Parenting Your Child During Times of Crisis →

4 Responses to Letter from Reader: Does it Hurt Marriage When Your Spouse Changes Religions?