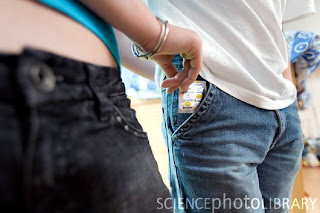 No parent likes to think that their teenager is having sex. While most parents recognize that their teenager is curious about sex, no parent likes to believe their teenager has frequent sex.  And most of them are right. Research shows that more than half of 9th-12th graders have never had sex, and as many as 1/3 of teenagers voluntarily choose abstinence. Even though many teens haven’t had sex, if you’re a parent of a teenager age 14 or above you need to be talking with them about sex. Why? Because while more than half of 9th-12th graders have never had sex, 70% of high school graduates have experimented sexually with a partner. So while they may not currently be sexually active, they will likely experiment sexually before they graduate high school. And if they don’t have the right information, it could seriously damage their sexual development and future sexual relationships.

Do I Need To Talk to My Teen About Sex?

Teenagers are naturally curious about sex. It’s a natural, healthy part of their development. Because they’re so curious, teenagers will find information about sex one way or another often from sources like MTV, locker rooms, Cosmopolitan or Playboy Magazine. And because teenagers often get their information from sources such as these, many teenagers learn misconceptions about sex and often develop inaccurate/unhealthy sexual beliefs.  When they learn these unhealthy beliefs during this pivotal developmental time, it often becomes so integrated into their personality that it becomes difficult to change these beliefs before it negatively affects their relationships down the road.

So How Do I Talk to My Teen About Sex?

Well, it’s not as hard as you might think. Here are some tips:

1) There is no such thing as having ‘the talk’. Instead, you should be having  many talks. Research shows that teenagers who talked with their parents more about sex had more accurate beliefs and more healthy sexual practices than teenagers who did not talk to their parents. This actually takes a lot of weight off your shoulders. Instead of having to cram all of the information about sex into one long, awkward lecture you can talk about it bit by bit when the topic comes up. And believe me if you have a teenager, there are plenty of times the topic will come up.

2) Don’t become critical or judgmental when talking to your teen about sex. Teenagers who think that their parents are talking to them about sex in order to “preach” to them or criticize them will shut down pretty quick. Some common questions that parents ask which are often perceived as criticizing or judgmental by teens are : “You’re not having sex with (boy/girlfriend) are you?” or “You know you shouldn’t have sex without protection right”?

Instead, ask open ended questions and genuinely try to hear what your teenager thinks, feels and understands about sex. An example of a good, open ended, nonjudgmental and non-criticizing question would be: What’d you think about that movie where the character met a woman that day and had sex with her that night?” Or “you and (boy/girlfriend) have been dating for a while now and spend a lot of time with each other at nights. How are things going between you two”?

3) Answer questions informatively and as thoroughly as possible. Like I mentioned before, your teen is going to hear it from somewhere so if you’re not going to tell them what a snow blow is, they’ll find it out somewhere else. Most teenagers get information about sex from their peers. In other words, the blind are leading the blind. As an adult, you can ensure you teen is making decisions based on accurate information. It might be awkward explaining details but this way you make sure they’re getting the right information and it’s not being romanticized or exaggerated by horny teenagers. 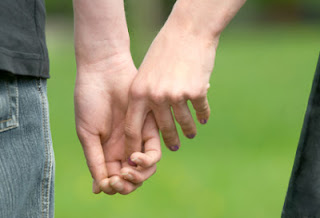 4) Make sure to teach your teen about morals and values surrounding sex. Yep, you heard that right. Make sure to include your values when you talk to your kids about sex. You’re not a school. You don’t have to ask permission about what you can or can’t tell your kids about sex. As a parent, you have a societal obligation to teach your child morals and values. If you don’t teach your child about all the cons of promiscuous sex then who will? You can teach them things like “In our family we would prefer if you waited until you were married before you choose to have sex” or “sex is saved for someone you love and are in a committed relationship with” but remember to not get preachy or else your teen will shut down.

It’s natural that many parents feel awkward talking to their teen about sex. Shoot! Many parents feel awkward talking to their own spouse about sex. Remember, if your kids aren’t getting the information from you then they’re likely getting it from one of their peers or the media somewhere. Parenting was never meant to be easy and talking to your teen about sex is a case in point. But when done right your relationship with your teen will increase and you will be helping propel them into healthy sexual relationships well into their adult life. This is well worth the cost of a few awkward conversations.

← Do Gender Differences Really Cause Marital Problems?
I Just Had a Baby. Is My Sex Life Over? →

5 Responses to How to Talk to Your Teen About Sex