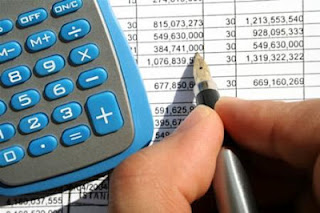 A while ago I had the opportunity to give a webinar for a financial company that teaches everyday people real world investing and practical investing strategies. I was asked to guest present on decision making in uncertain times. It was a great presentation with a great audience. During the webinar I was asked several questions from people about how to talk to their spouse about money. What to do when they disagree on how to invest, save. spend, etc. It was reiteration of what I had already learned in an undergraduate class several years ago: That money is one of the most common topics that couples fight about in a marriage.

In my experience as a therapist, money is one of the most common things that couples come to see me for, too. Why? Well, for lots of reasons. She spends too much. He spends too little. She gets annoyed by the way he puts the kibosh on things she wants, etc. I could go on and on. Most couples who come in to me to talk about money difficulties have one thing in common: they disagree on how to spend their money. In situations like this, I have to say that most couples could probably stop a lot of their bickering by knuckling down and creating a good old fashioned budget.

How a Budget Can Help Your Marriage

Couples who disagree about money usually disagree after one of them has bought something useless on an impulse again. Or they fight because one of them is being too tight and they don’t get to have much fun together. Sitting down and doing a budget together before an argument has already begun or before something has already been bought on an impulse is a great way to nip things in the bud before they become problems. How does a budget facilitate these things? Simple. It forces you to talk about things before they become a problem. When couples sit down at the beginning of the month and divvy out the income and make plans for where it will go they are forced to talk about things they want and need and to come to an agreement before it comes to an argument.

A Budget Should Be Rewarding 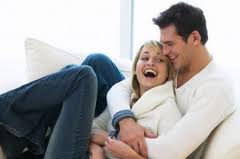 A budget is not something that is supposed to be repressing and enslaving. A budget should be rewarding. One of the best ways to do this is to do something rewarding with the money you’re saving by budgeting.

When a budget gets associated with something that is negative and brings up bad feelings the budget will never work because neither spouse will want to adhere to it. When the budget is used to keep a balance between having too much fun and being too tight, that’s when budgets work the most. In other words when couples use a budget as a way to reward themselves for financial discipline and each spouse gets to enjoy the rewards of being financially disciplined then they will adhere to the budget and will have less fights.

A good example of this is a couple I worked with some time ago. She would spend, spend, spend. He was a successful financier/venture capitalist and they were never short of money. However, every so often they would sit down for a big purchase and realize they they weren’t where they thought they were financially. When this would happen they would start blaming each other for not being where they wanted to be financially. He would get angry at her for spending so much and she would get mad at him for wanting more than they already had and being gone so much.
After going over the utility and practicalities of a budget with me (they had never done a budget before in their married life) they decided to bite the bullet and sit down with their financial planner to setup a budget. At my recommendation they both agreed on a reward for their financial discipline: They would buy a boat and take the summer learning to sail. Sure enough, with that goal in mind they both disciplined themselves in their spending and got the boat. Even with the purchase of the boat, they still didn’t spend as much as they would have in their expenditures.

Make a Budget Work for You

Not everyone can reward themselves with a boat and a summer of sailing but the principal is the same. Budgets work best in a marriage when there are rewards affiliated with them. So, husbands, when your wife restrains herself on her next visit to the spa give her a nice, romantic reward and see how often she will exercise restraint in the future. Wives, when your husband goes out with the guys and doesn’t spend as much on appetizers and drinks at the bar, give him a nice, romantic reward too. When you’re both getting rewards out of keeping a budget you’ll find that you’re making the budget work for you. And you’re fighting less along the way.

← Relationship Fitness
Letter: Am I an Emotional Booty Call? →