My Husband Needs Therapy Do  You Fix Spouses? 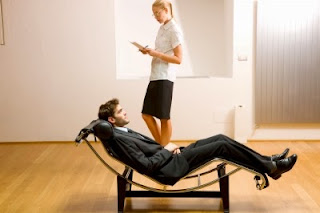 “What do you mean by do I fix spouses” I asked.

“I need someone to fix my husband because my marriage isn’t working and he’s not doing anything to help me feel any better in my marriage” She responded.
Still a little confused I replied. “uuhhhh, I’m sorry but I still don’t think I get what you’re asking. Are you asking me to fix your husband, only? Or do you want me to help fix your marriage?”
Now she sounded confused. There was a short delay before she answered  “well, fixing my husband will fix my marriage won’t it? So I want marriage counseling to fix my husband”.

My Husband Is Causing All the Problems

“Aaah, I think I see now. You would like marriage counseling for your husband who is the cause of your marital problems?”
“Yes.”
“Well, I’m not sure I’ll be able to help you then.” I heard her sigh under her breath on the other line. “When I work with couples, I insist on working with both partners. I insist on this because marital problems are rarely because of just one of the partners. Both partners usually play a part and contribute to the difficulties. Even if one of the partners only contributes a fraction, they still contribute. So the couple is benefited most when both partners come in to therapy”.
She quickly chimed in. “Well, we’d both be coming in but he’d be the one doing most of the work. I don’t want him lying to you so I’ll be there to make sure he tells you the truth about things”.
By now I was absolutely adamant that she also come in with her husband.  I could see perfectly clearly how she was contributing to the marital problems by not accepting any responsibility and blaming her spouse instead for all of the difficulties.  I could go on and on about how this conversation went, but I think you get the picture.
Everyone has had relationships where they think their partner needs therapy. And I’m not saying that they don’t. But we all have our baggage. And because we all have our baggage that doesn’t mean the other person is always to blame when relationships have problems. Because everyone has baggage that also means that you have things we can work on to help the relationship, too.

In Relationships, Either Both Win or Both Lose 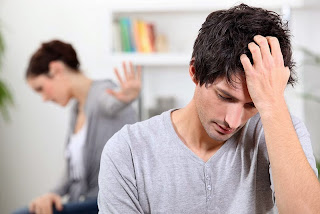 Another reason that it’s important for both partners to work on the relationship is because if only one person is working on it, that means the person doing the work is usually getting bulldozed. They are giving in completely to the other spouses’ requests in order to ‘fix’ their relationship. This is no good for either person in the relationship.
So instead of focusing on your partner and believing that once they fix their problems your relationship will be magically all better, focus instead on both of you. In a relationship, one person can’t be the winner and have it benefit the relationship. In relationships either you both win or you both lose. So both need to work on it.
Originally published by Aaron Anderson on The Singles Warehouse

← Ways to Deal with an Angry Spouse.
My Partner has Changed! What Do I Do? →