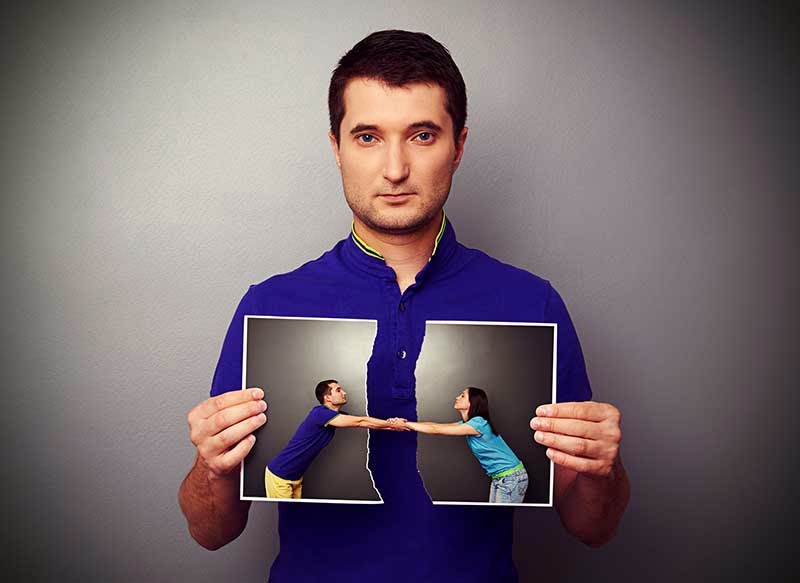 If you’re in one of these relationships, it can make your head spin. When the relationship is going well, you feel in love and great. You think you could never be happier and you are hopeful about your future together. But when it turns cold you feel sad and depressed. You also feel angry and confused. You either sulk in silence or get angry and yell at each other.  If only you could have more of the moderately warm times instead of the hot and cold times.
Well, just because your relationship is hot and cold doesn’t mean you’re doomed. Lots of couples are able to moderate their relationship so it’s not so volatile all the time. That way, even when they fight, they’re not always on the verge of breakup. Below are a few tips to help you moderate your hot and cold relationship.

4 Tips to Fix Your Hot and Cold Relationship

1) Pick Your Battles. Lots of hot and cold relationships are hot and cold because they argue about every little thing. Somehow, hot and cold couples are even able to turn a conversation about what to eat for dinner into a fight. But even if you don’t agree with what to eat for dinner, not every little displeasure needs to be addressed in a serious way. Learn to let some things go or even laugh about it. If it’s not vital to the relationship (like what you’re eating for dinner) then turning it into a huge fight is doing you no good.
Plus, let’s face it. You’re never going to breakup (or divorce) because you don’t agree on what to eat for dinner. These little things are pretty petty to breakup over. So if it’s not that consequential to your relationship, just learn to let them go. Arguing over it is just causing your relationship to stay in a hot and cold pattern for no good reason.
2) Stay on Topic. In a hot and cold relationship, couples will begin fighting about one thing and before they know it, they’re fighting about something else. A lot of times, they even lose track of what they’re fighting about! So when you bring something up that’s important, stay on that topic. If your partner brings up something from the past, don’t let it get under your skin. Just tell them that you want to talk about the issue at hand and once that’s resolved then you’ll talk about the topic they brought up.

3) Don’t Think in Black and White. In hot and cold relationships couples think in absolutes. What this means is that when things go well they think that everything is great and they’re going to be so happy together all the time. But when things begin going badly they only see the bad things and think that their relationship has been bad all the time. They have difficulty seeing the gray in between. That is, they don’t see that their relationship is good sometimes and it is bad sometimes.
When you think in absolutes, you behave in irrational ways. Your anger becomes angrier and your fights become hotter.  But when you see the gray shades in between, you’re able to address the problem as it really is. You don’t overreact and you’re able to think through problems with clarity and creativity. You’re actually able to solve problems instead of just fighting about them.

4) Focus More on Repairing Fights. A great researcher by the name of John Gottman found that couples who fight more did not report being any less happy than couples who fought less. In other words, the frequency of fighting was not very predictive of happiness (and therefore) divorce in a relationship. As he looked into it further, he discovered that it was when couples made repairs that made all the difference. In other words, couples who fight more are not necessarily at more risk of divorce. It’s the couples who don’t repair after fights who are at more risk for divorce.
A great example of this is Sam and Diane on the hit comedy Cheers!. They would yell at each other saying “I Hate you!” and the other would respond by saying “I hate you more!” But then they’d end up making out and everything was all better. While this isn’t exactly the most healthy style of arguing, they were able to make repairs afterwards and heal the relationship.
Remember that every couple fights. And fighting is okay in a relationship as long as it doesn’t get too out of hand. But what’s most important is how you repair your relationship after the fight.

Beware of These Red Flags

While hot and cold relationships are always annoying they can also be signs of something more serious going on for one or both partners. If you’re in a relationship where your partner is overly-volatile and explodes over seemingly minor things then that’s a big red flag that you’re in more than just a simple hot and cold relationship. Another big red flag is if your partner threatens to do something harmful (like hurt themselves or hurt you) unless you do something that will make them happy (thus making the relationship happier). If these are happening then it’s absolutely necessary to seek more help than you can get from this blog. Lookup a good marriage/relationship counselor in your area and get some professional help sooner than later.

← 5 Topics to Get Your Teen Talking Tonight
He Said/She Said: I Don’t Want Sex With My Husband →

3 Responses to Curing Your Hot and Cold Relationship