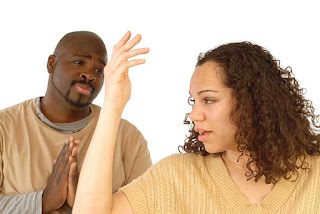 Narcissists, while exciting, charming, and intelligent, are like tornadoes.  They destroy everything in their path leaving you questioning how you missed the warning signs of the storm.  If you’ve found yourself in more than one relationship with a narcissist, don’t beat yourself up.  It can take time to peel back the wrapper and realize his or her behaviors are just a shiny guise.  You see, they are possibly trying to mask their inadequacies, low self-esteem, abandonment issues, and shame; so when you take things deeper, it rocks the boat.  It’s all or nothing with a narcissist but there are red flags you can identify before getting sucked into their swamp of insignificance.

We all appreciate a genuine compliment, but narcissists take it a step further and expect this type of attention from you all the time.  Ultimately, their self-worth is based on how you and others view them.  However, they can’t take the good with the bad because a narcissist’s identity and self-esteem lies within the approval of others.  At the slightest hint of constructive feedback, they are on the defense.

Their high standards are to gain the approval of others

Narcissist will often set high, sometimes unrealistic, goals because they are interested in gaining the approval of others and feeding their sense of special-ness.  If you notice your partner is often setting new goals, for instance saying he wants to become a boxer or DJ out of the blue or randomly deciding she wants to go to law school, these life goals are more than likely based on winning someone’s approval.

They are not attuned to you or your feelings 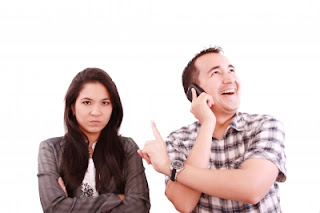 Narcissists have a difficult time understanding their own feelings.  Therefore, they won’t be attuned to yours.  Simply stated, they lack empathy.  Because they feel their emotions in a very superficial sense, your emotions might be viewed as annoying or confrontational.  If viewed as the latter, the narcissist will be overly sensitive to your reactions because, ultimately, it impacts his or her self-image.  Also, they tend to overestimate their influence on others, believing that your world revolves around them.
Their relationships are superficial

I’ve heard narcissists referred to as chocolate hollow bunnies, the wrapping is lovely but that’s all they have to offer.  Narcissists tend to have superficial, one-sided relationships that are engaged in for personal gain; therefore, most don’t have real friends.  Narcissists name-drop and view people as objects to promote their predominance.  They will lack genuine interest in you because you’re simply there to idolize them, love them, and make them look good.  If they are treating you like a trophy, that’s actually how they view you.  You were a prize to be won, possibly in a competition against friends, someone to maintain his or her reputation.  However, narcissists will quickly become disinterested when you don’t prove to be as superior in their eyes.  It’s no surprise they have a number of torrid affairs and dramatic breakups.

They are self-centered, condescending, and truly believe they are better and smarter than, well, everyone, even trained professionals.  I once had a narcissist tell me I “couldn’t out psychology him.”  They will dominate the room, conversations, and you.  Narcissists think they are entitled to the best of everything without having to put in time or energy, and they won’t bat an eye when they exploit you to meet a need.  They crave success and power and they are not humble when sharing their accomplishments.  After all, they are experts on, and have an opinion about, everything.

They are constantly seeking attention

Narcissists are in a constant quest for admiration.  If you’re in a relationship with a narcissist, he or she is probably seeking attention from someone other than you.  They believe everyone loves them, and if a person doesn’t, he or she is simply jealous.  They need to be the center of attention and will disrespect your boundaries and manipulate you to meet their personal needs.  Again, you are simply there to admire and regulate their sense of self.