Category Archives: How I Met Your Mother 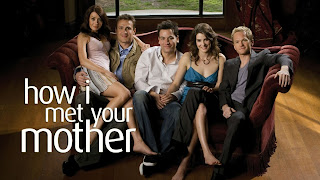 How I Met Your Mother is one of those sitcoms that has it all: comedy, fear, love and heartbreak. But over the course of the 8+ seasons, HIMYM has taught us all a little bit about love, too. While the road to meaningful, lasting relationships is often not a straight line, the beloved sitcom shows us what the real deal is like. And there are a few lessons about love in it for you, too.

Here are Some Things How I Met Your Mother Can Teach You About Love:

2. Love comes in all forms

Any fan of HIMYM can see this. Love isn’t solely something that occurs between intimate couples; it can Marshall and Lily took a break at the end of season one, leaving Marshall crushed. Despite Ted’s excitement over his own life, he was there for his friend- through thick and thin. The loves lessons we’ve learned aren’t just based on intimate relationships, but any kind of love, especially the friendship kind. manifest through friendships too. Perhaps the best example is the relationship between Ted and Marshall. They’re bros. They’ve been with each other since their freshman year of college and know each other’s quirks, differences, desires and soft-spots.

No surprise here, but HIMYM gave raw, honest examples of the pain that comes with heartbreak. From the above example where Lily left Marshall and he was left with only the small ring to the time when Ted and Robin broke up to yes, even the many times that Barney hasn’t found love- mainly because he wasn’t looking. Heartbreak happened a lot for Ted throughout the show; sometimes because of his actions and other times because the girl was plain crazy. Regardless, Ted went through a lot. And every time there was a sting.

Barney Stinson. The name is synonymous with hookups, pick-up lines and playing games with women. Relationships were a joke to him, and a game or skit was just his way of getting the girl of the night. Barney often encouraged, or rather forced, Ted into playing his dirty games on women- but Ted rarely won.  The lesson in this is simple: women don’t like games. Women like serious men looking for serious relationships, not a constant stream of one-night-stands. Don’t play games when it comes to love.

5. It all works out in the end

This is usually easier said than followed through, but everything, including love, has a way of working out in the end. Through all the experiences we’ve learn that true love, the kind Ted’s been looking for, does exist. We see this throughout the show: when Marshall and Lily get back together, when Ted and Robin make the hard, but right, choice to break up, when Stella ends up with Tony, and when Robin and Barney end up together. And of course, potentially one of the best moments ever, when Ted meets the mother. HIMYM reminds us that everything works out in the end.

How I Met Your Mother isn’t just the feel-good sitcom we’ve been watching for years, it’s that show where we find bits and pieces of ourselves in it. And it’s not too hard to see pieces of our own life stories in the stories of the characters. And if we look closely enough, we can even see lessons of love in it that help us realize different paths in our love lives – including our current paths. 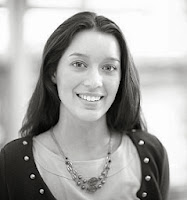 Sophia is a freelance writer who loves finding the connections between life and the entertainment we consume. You can find her on Twitter or reach out via email.