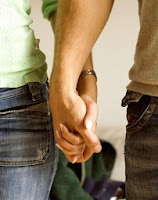 Everyone’s heard the term codependent before. And just about everyone knows that it’s not a good thing because when you hear it, it’s usually in a negative context. Like “Oh, stop being so codependent” or “I am NOT codepenent”. But did you know that everyone’s codependent to some extent or another? No matter how hard you try you’re always a little codependent. But while a little codependence is okay, a lot can really hurt your relationships and yourself. So how do you know if you’re being too codependent? Let’s have a look:

4 Signs That You’re Too Codependent

1) You have difficulty making decisions on your own. Should you buy the blue outfit or the red one? Do you want to have Chinese or Mexican for dinner? If you have difficulty making decisions without getting input from someone else, this is a sure sign that you’re too codependent. Nobody knows yourself better than you so if you need help deciding what you want to wear or what you want to eat, ask yourself why someone else’s opinion is more important than your own. And ask yourself why you can’t make seemingly simple decisions without someone else telling you what you should/shouldn’t do.

2) You rely on others’ moods. It’s normal for you to feel happy when everyone else around you is happy. It’s also normal for you to feel sad when everyone else around you is sad. But if you’re having a good day and someone ruins it for you just because they’re crabby or unhappy you’re too codependent. You can still be happy even if they aren’t. One way that this sort of codependence hurts relationships  is if you catch yourself saying to your spouse “I need you to be happy when you/I get home or it ruins my day”. Then you’re too codependent. This hurts your relationship because it puts pressure on your spouse to regulate your emotions – which is not their job, it’s yours.  There’s no reason to let others (even your spouse) drag your mood down. If your spouse is sad, it’s good to sympathize with them and be there for them, but you can still go on living your day happily even if they’re not. 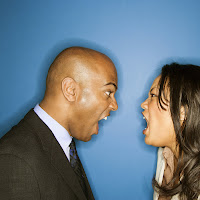 3) You can’t stand disagreements. Everyone is entitled to their opinion. And everyone is entitled to believe their version of events. If you disagree with your partner about something and you go on and on trying to convince them why you’re right, you’re too codependent. The truth is, the fight goes on and on because one spouse (or both) can’t tolerate that the other one believes something differently than they do. So you try to scream and yell and twist the other one’s arm into seeing your point of view. But when you are able to tolerate that the other one disagrees with you, you stop arguing and start having conversations about how to fix the problem. And fixing the problem is what you really want to do.

4)  You get upset when others aren’t in the same mood you are. If you’re having a bad day but everyone else around you is having a good day and it just seems so rude and inconsiderate that others would be laughing and joking while you’re having such a bad time, this is a big sign that you’re too codepenent. Others are entitled to their emotions the same as you are. Just because you’re sad doesn’t mean everyone else around you should be sad, too. It also doesn’t mean others are being disrespectful by not being in the same mood you’re in.  Cut your friends/significant other a little slack and let them have their good times.

Codependency has a bad reputation. In fact, it’s so bad that a lot of people hate to hear that they’re codependent because they think it means that there’s something wrong with them. The truth is, everyone’s codependent to some extent or another. These four signs are some of the most common ones that hurt you and your relationship. Whether you believe you’re codependent or not, these four things can help you and your relationship get into a place that’s happier and healthier.

← Am I Having a Mid-Life Crisis?
How Your Low Self-Esteem is Hurting Your Relationship →

2 Responses to Are you codependent?