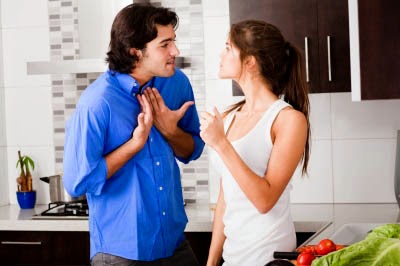 Everyone knows that it takes two to make a marriage work. So you might be surprised to see such a lopsided title. Don’t worry, I  know that men make mistakes, too. I know that it’s not just women who can cause problems in the relationship.

So you’re probably wondering why I’m writing an article that’s only focused on mistakes that women make. Well, let me tell you why: Just because it takes two doesn’t mean mean that your spouse is the one who has to fix their problems first. That’s not how it works. You can’t change your spouse. You can only change yourself. So instead of bickering and feeling resentful waiting for your hubby to change, there are things you can do to improve your marriage. This puts you in the drivers seat of your relationship and it can have really great outcomes for your marriage. It can also have really great outcomes and be really self-empowering for you.

1) Smothering Your Spouse. When you were a newlywed, you tried to spend as much time together with your hubs as you could. You thought it was romantic to sit next to each other whenever you could – even when you both weren’t doing anything particularly exciting. You tried to coordinate your days so that you were both doing the same things as often as possible. But even though this was cute when you were newlyweds, it’s not so cute years later. In fact, it can kind of feel smothering.

The truth, is, it’s not only okay for your and your spouse to do different things, it’s downright mandatory. It’s even okay for you both to like different things. You can both go out with your own friends (without each other) and your marriage will still be okay. In fact, it’s important to have a separate life outside of the life with your spouse. This means you’re well balanced and not overly-dependent (aka co-dependent). 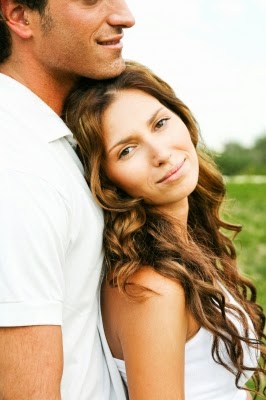 2) Believing He’s Responsible to Make You Happy. When you’re in the dating scene it’s incredibly lopsided. The guy is the one who asks the girl out. The guy is the one who is supposed to plan dates that you will love so that you will go out with him again. And it’s the guy who pays. In essence, it’s the guy who is supposed make sure you have a good time. If he succeeds with this over and over again you might sleep with him. But if he fails he’s “just another guy” you won’t remember.

The problem with this is that so many women continue this notion even into marriage. You still expect your hubbie to pursue you just like when you were dating. And you expect that it’s his job to make you happy – just like when you were dating. The truth is, that’s about as insulting to your husband as it is for you to hear jokes about not getting too far from the kitchen. Sure, these rules might work in dating but they’re the worst thing in marriage. Not only is it objectifying to him but as a marriage develops, you’re supposed to stop the dating games and become two adults trying to make your marriage work equally.

3) Not Saying What You Really Want. Let me let you in on a little secret, when you and your hubbie was dating he went to great lengths to read every little body cue and vibe of yours. He wanted to anticipate your every whim so that you would see him as “receptive” and that “he really gets you”.This way you’d go out with him again. Afterall, you really love it when your man anticipated that you’re having a bad day and brought you your favorite ice cream and a chick flick for the two of you. Especially when you didn’t have to a say a thing.

In marriage, however, expecting your hubby to read your every body cue is pretty immature. As adults, you’re supposed to openly communicate your wants and needs with each other. I can’t tell you how many times I’ve heard “Why should I have to tell him, he should just know. He’s been married to me for (x) years afterall”. To expect your husband to have magic mind-reading powers is downright silly. So instead, be open and honest with him. Tell him what you really want/think/feel. You’d be surprised how often he’ll listen if you just tell him.

4) Believing That His Wanting Sex All the Time is a Bad Thing. I’m sure I’m going to catch a lot of heat for this one but it needs to be said. Yes, your husband really does want sex all the time.  And that’s actually a good thing. I’m assuming here that you have a decent husband who is not abusive and actually cares about you – crazy, right?

Sex with someone you care about is great. It’s better than browsing Facebook, watching a movie or even playing Candyland with the children for the hundredth time. Yes, your husband would rather be having sex with you than doing any of these. Can you blame him? Instead of getting mad at him for wanting sex all the time, tell him thank you for wanting to have sex with you so much. It’s his way of showing that he really cares. And it’s his way of trying to connect with you in a way he can’t connect with anyone else. (P.S. If he starts preferring to browse Facebook instead of having sex with you, this isn’t actually a good thing and you should be worried).

These are some of the most common problems I see that women contribute to the marriage. Of course, this doesn’t mean that your husband is an angel and can do no wrong. Stay tuned because I’ll make a post for him next.  But everyone knows you can’t change your partner – you can only change yourself. These are common mistakes that you can work on that will help your relationship grow immensely.